Protest at James Lankfords office for firing of James Comey

So I just got back from a protest at Senator James Lankfords office.
It was a last minute thing organized this afternoon to protest the firing of FBI Director James Comey and the obstruction of the Russia investigation.
It wont break any records but it was a great turnout for a rainy day right after work on just a few hours notice. I did not think to take a picture till the end and did not get everyone, I think we had about a dozen people.
I met some very nice people and was heartened to see so many different age groups. I was the only one there who knew about Brand New Congress, a couple were from Indivisible and most just heard about it from social media or some groups like MoveOn. 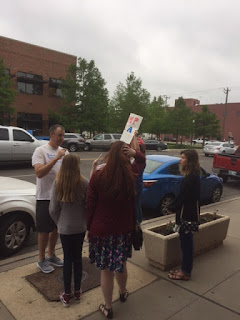 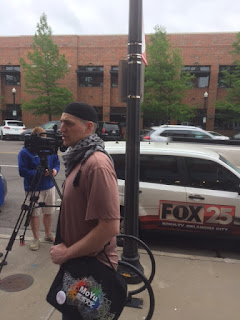 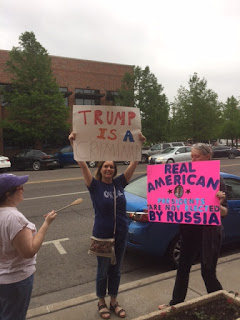 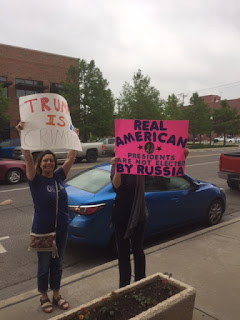 I was disheartened to see the US Flag torn and frayed in front of Senator Langfords office. You cant really make it out on this but I am loading it anyhow. I fail to understand how a Senator can allow that but I may just be too old and from a time when we had more respect for the flag. 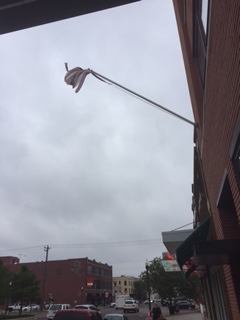