The day after the big into party the team had several ideas and wound up splitting off to do their own thing for the day.

Mitzidu, Liam, and Chad Ramierez (son of Cupid) got in a limo and headed to Mitzidu's place in Sumerlin. 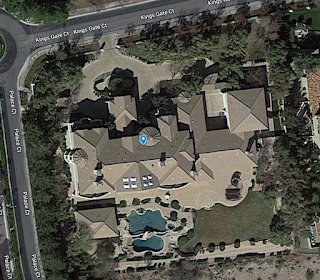 Mitzidu fixed a nice lunch with Liam pitching in and the group got to know each other over lunch, with Suveer joining up a little late. Mitzidu informed the group that a friend emailed him to say the Thule Society was in town and as all the others had not yet been through a harrowing he tried to tell them what to expect and things to watch for. After that they practiced sparring for about 4 hours, learning that Chad is very very bad with a sword - though excellent with a bow.  Chad became somewhat enamored of the group (possibly a family weakness) and especially with Mitzadu. They headed back to the Karnival hotel where they were told to come to dinner in a few hours.
Adelphin took Siv out shopping for clothes with Yannis as luggage bearer. Turns out Siv is really really new and has a sweet tooth. Siv doesnt speak English so Adelphin used a spell to translate.
Yannis, finally freed from  his concierge/butler duties went to check on his "lady friend" who apparently hadn't left her apt since he dropped her off.  He decided to break into the room, neatly avoid the deadly spell trap on the door to find her tied up on a chair. He quickly determined she had been poisoned and portaled her to the Karnival hotel for medical treatment then finished using his powers to scour the room for clues. It appeared she was attacked by a very powerful being with sea related powers just after he left her and tortured for information on where she got the item and who she was going to deliver it to. She refused to reveal the info and they left with the package after poisoning her with a spell that overdosed her on salt.

Even though the party spent most of the session split up each group managed to be entertaining which is important to keep everyone involved in a campaign and at least somewhat paying attention. Essentially you may only be on screen part of the time but as long as the whole show is fun its all good.
Posted by Rory at 12:41 PM